The Rion-Antirion Bridge was completed in 2004, and was officially inaugurated shortly before the Athens Olympic Games began.

From a technological and construction perspective, the bridge is a great accomplishment by international standards. The cable-stayed bridge is one of the longest throughout the globe and the suspended deck spans its full length of 2,252 metres.

The endeavour is considered to be one of the most difficult and most pioneering in the world, due to the great foundation depth of up to 65 metres below sea level and the high degree of risk linked to seismic activity of the region as well as to possible tectonic movements.

For the construction of the bridge, TITAN was exclusively assigned the supply of a special specifications type of cement. For the concrete to be used in the underwater part and pylons of the bridge –a single concreting task–, the Drepano plant delivered corrosion resistant and high early strength slag cement. For the deck of the bridge, a special quality of cement was required, combining high resistance with low heat of hydration, which was produced at the Kamari plant.

The fixed Rion-Antirion link via the bridge reduced the time required for the crossing and minimized the potential effect of the weather on the journey from one coast to the other.

The bridge is a major transport and development infrastructure project. It substantially contributes to the enhancement of the links between Western Greece and the rest of the country and facilitates transport and communications with Italy and other Western European countries. 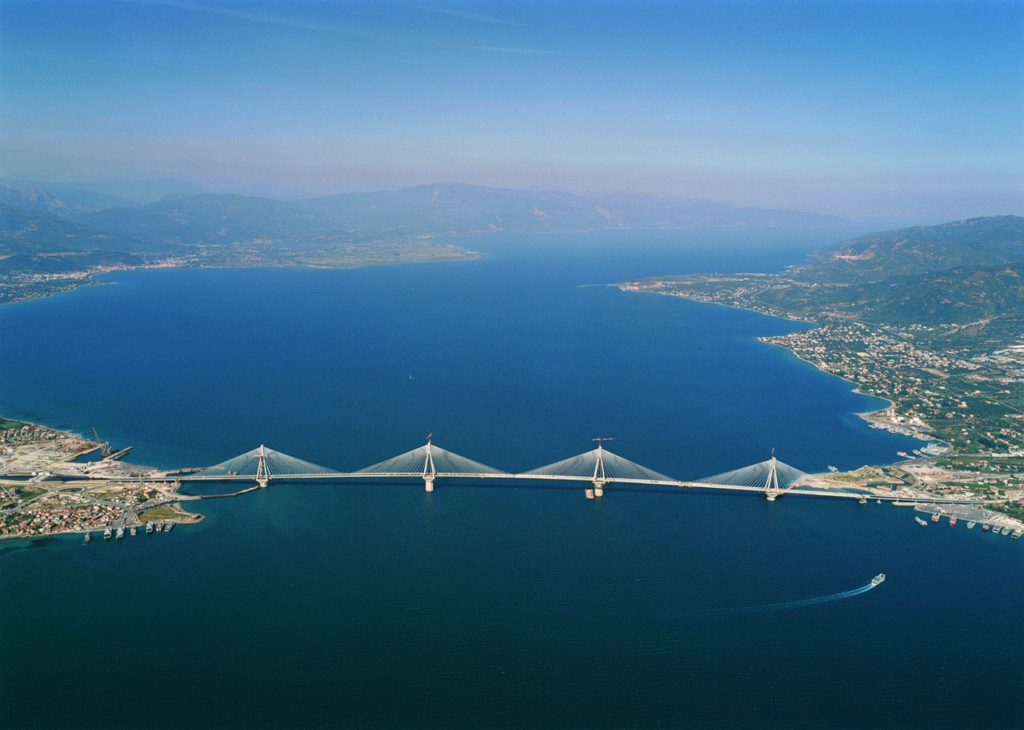