Rod El Farag Axis connects areas in northern and eastern Cairo with western Cairo to ease traffic levels in the center of the city.

The bridge, which is considered one of the most important projects of the Egyptian roads network, has a width of 67.3 meters and holds the Guinness World Record for the world’s widest cable-stayed bridge. It is 540 meters long and has 6 lanes in both directions. Its suspension towers are both 92 meters high with 160 suspension cables. 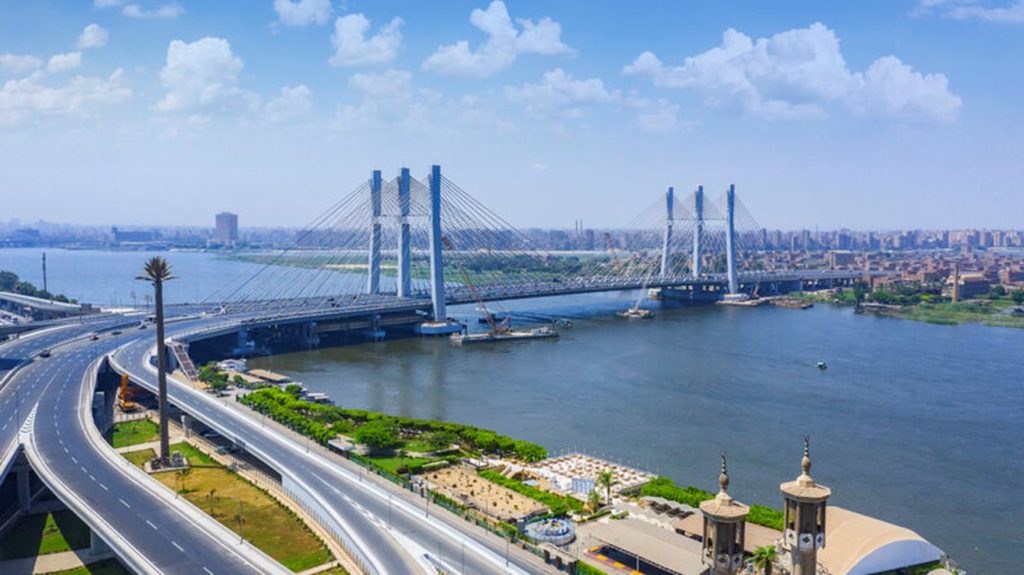