The new Acropolis Museum, a modern, award winning museum of European standards, is a unique architectural achievement that hosts the Parthenon sculptures and other treasures of the Acropolis.

The south-west slope of the hill of the Acropolis was selected as the location for its construction, offering a direct view of the Parthenon temple. The design’s massive windowpanes allow the sculptures to be admired in the natural light of Athens.

The Museum is constructed round a concrete core and stands on elevated columns, whose foundations lie among the antiquities.

It was constructed with the exclusive use of TITAN cement, which was produced at the Kamari plant. Apart from the frame of the building, it was required that part of the exterior and all the interior surfaces be lined with visible prefabricated concrete elements/panels, free of any other intervention.

The project entailed special requirements and the most challenging part was the construction of the interior lining elements, where the greatest challenge was the colour consistency of the elements in the natural grey cement tones. 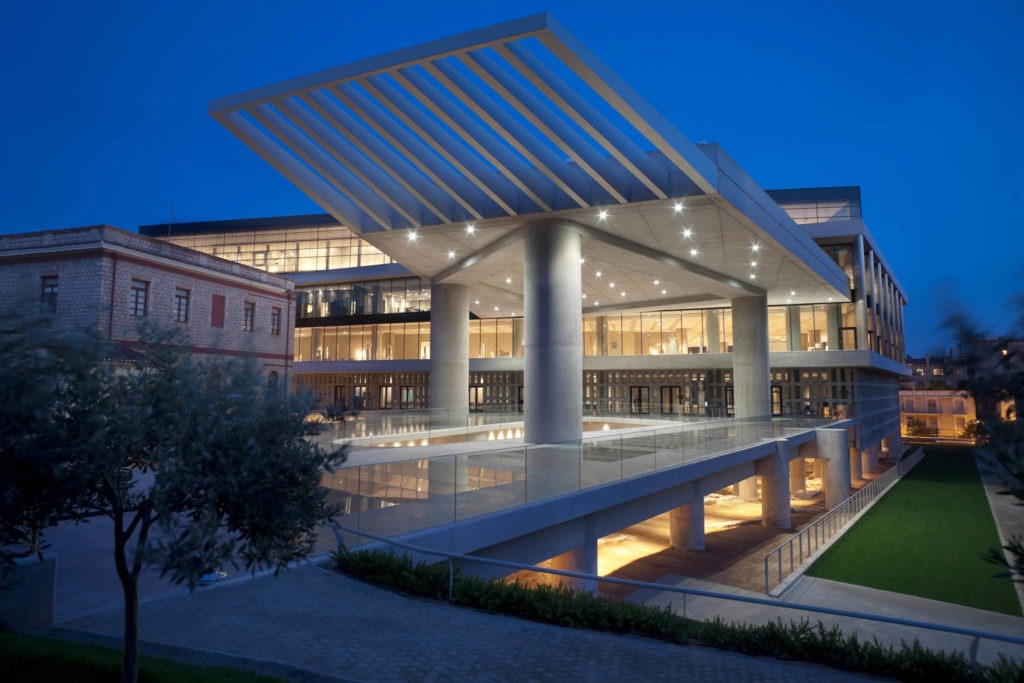